MULTICULTURAL TEAMS – FROM DIVERSITY TO INCLUSION 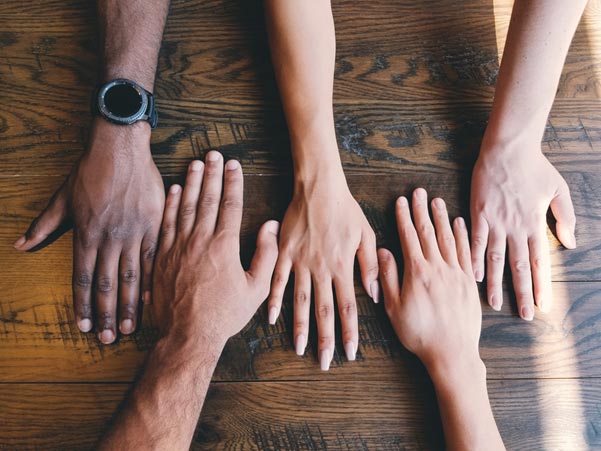 Traditionally, organizations and companies were managed with an ethnocentric approach to culture, which assumes that every society has the same basic values and goals that characterize Western countries. But the experience from the globalization and migrations proves that this assumption is not common or valid for the world we function nowadays.

The working environment has become a meeting place between people from different cultures, which creates new opportunities and challenges for employees and managers. Multicultural teams, which include people from different nationalities, differ from monocultural teams in many ways. They are characterized by greater flexibility, creativity, innovativeness and efficiency. This coexistence surely has a significant impact on the functioning of the teams and the way they cooperate and communicate. The type and range of arising problems, conflicts, misunderstandings is different, and therefore other methods prove to be effective in the process of coping with them. To assure that a мmulticultural teams acts effectively and achieves designated goals, managers should implement the cultural differences in the company strategies and use them to stimulate teamwork and provide job satisfaction.

Multicultural teams unlike their homogeneous counterparts, are much more exposed to misunderstandings, inconsistencies or communication barriers and conflicts because of the language. Today this is considered a natural part of working life and is not perceived as something negative. Conflicts can support creativity, but the direction in which they develop depends both on the manager and members of the team. Awareness of existing cultural differences and knowledge about the challenges associated with it is a prerequisite for managers to be able to cooperate well and manage a multicultural team (Kowalczyk, 2015). Another commented problem is hierarchy and authority and the feeling that management often tries to impose their opinions, which often neglects other cultures. This may damage team members’ credibility and can cause humiliation. As a result of different cultural norms, team members’ credibility can be damaged. If they think that are treated disrespectfully, the whole project group can be dismember (Brett et al., 2006).

An important factor in managing a multicultural team is the role of the leader. Leadership that will pay attention to the inclusiveness of all staff and teams, as well as the development of diverse human resources strategies at universities is an element that often lacks. Edmondson (2004) suggested that when leaders exhibit openness, availability, and accessibility, they are likely to facilitate the development of psychological safety among employees at work. Diversity in the work environment promotes multiculturalism, acceptance, respect and teamwork, despite the differences. Diversity and inclusion are closely related and organizations and managers need both for retaining the successful workforce.